Bikini season is coming…time to FREEZE your FAT! 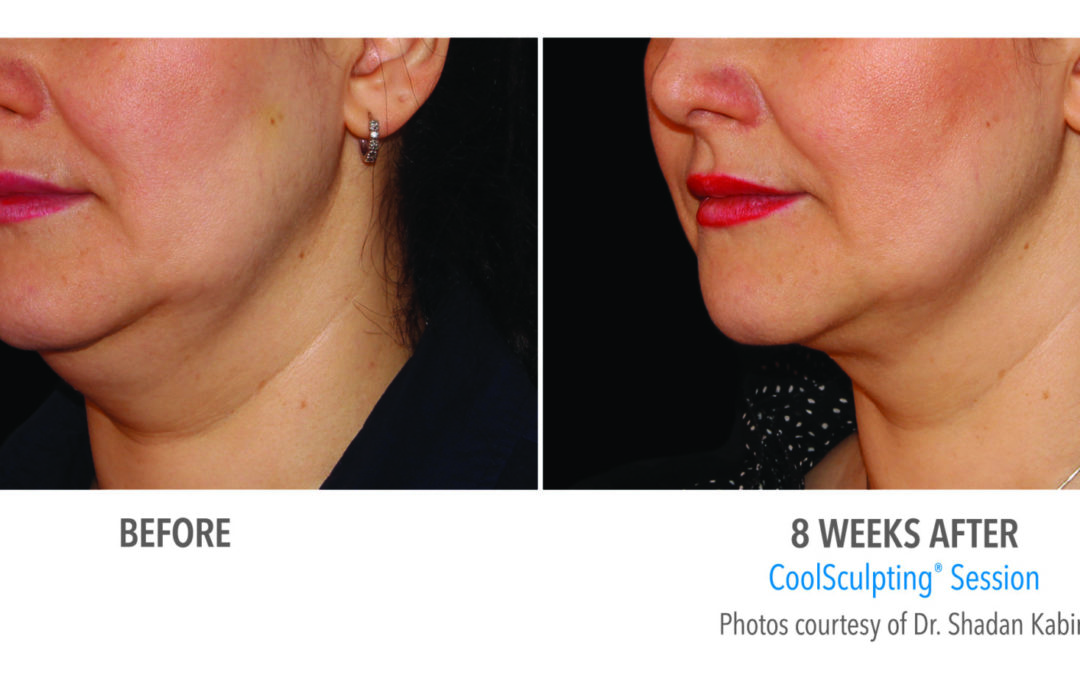 Cryolipolysis, a.k.a “fat freezing” or CoolSculpting®, is an office-based procedure that targets and freezes fat cells through a distinct cooling technology. This entails cooling the body fat in a specific area causing fat cells to break down, leading to a decrease in the fat while not harming the skin or other tissue. The results of the procedure usually takes a few months to be realized.

There is lots of scientific evidence surrounding Cryolipolysis–a non-invasive body contouring treatment used to reduce fat cell volume by freezing. The method involves precise application of a cooling technology within the temperature range of +5 to -11 °C  which lessens localized fat deposits. In doing so it reshapes and contours the body. Studies have found that cryolipolysis decreases treated fat by as much as 25%. When an area is treated and the fat cells have undergone the process, they are then eliminated from the body through the metabolic processes of apoptosis (death of cells) and phagocytosis (ingestion of the cells) via the liver. There is no injury or damage to the surrounding tissues. CoolSculpting can reduce fat on the abdomen, thighs, upper arms, flanks, back, and underneath the chin or buttocks. It is non-invasive—there are no needles or surgical excisions.

Prior to the treatment, a practitioner evaluates the patient to see if they are good candidate as well as reviews their medical history. During this time we talk about the patient’s expectations as well as the possible risks and anticipated results. This therapy is suitable for pinchable excess fat. If a patient is not in good general physical and mental health, they may not be suitable candidate for the procedure. Other patients who should not try CoolSculpting include those with the following medical conditions:

The procedure is done by placing a vacuum applicator on the skin, which suctions the pinchable fat into two cooling panels. The device delivers exactly the right amount of cooling directed at the particular area and freezes the fat cells. The fat is cooled to a freezing temperature, which sets off a method of natural fat removal in the body. Patients feel a cold sensation for a couple of minutes, and then it brings about an anesthetic effect—the treatment area starts to feel numb. The fat is cooled for up to an hour. During the procedure you can read, listen to music or watch television. After a treatment, most patients return to their normal activities.

Common side effects of CoolSculpting include soreness, stinging, pain and an achey feeling at the treatment area which can last 2-4 weeks after. Additionally, there can be redness, swelling, bruising or skin sensitivity. Overall, the procedure really has no down time—patients can restart their usual activities the same day. Rarely, cryolipolysis causes an increase in the volume of fat cells in the treated area called paradoxical adipose hyperplasia. This occurs in less than 1% of patients.

What is important to remember is that cryolipolysis usually needs multiple treatment sessions and results are seen in about two to four months. Moreover, it is not a substitute for diet and exercise, nor is it a therapy for obesity. Alternately, cryolipolysis is a method for taking away unwelcome fat that sticks around after other attempts at weight loss.

The best news about CoolSculpting is that the results last forever (yes forever!) because the fat cells are destroyed and they do not return! However, if you gain weight, you may gain fat back in the treatment area or in other areas of the body. The procedure is also non-invasive and non-surgical without long-term or notable side effects; and anesthesia and pain medication are not needed. Overall, CoolSculpting is an innovative treatment option for unwanted stubborn fat and who doesn’t love that?