SUMMER GUIDE TO INSECTS AND REPELLENTS

Warm temperatures mean BBQs, swimming, hiking and many other outdoor activities that we all love. Unfortunately, it also means an increase in insects that could ruin your summer fun.

Mosquitoes are a common summer nuisance-known for their annoying and bothersome biting habits that leave red, itchy bumps. Nearly everyone has been bitten by a mosquito, but these pesky insects can spread many diseases including West Nile, malaria, Yellow Fever, dengue, chikungunya, Zika and eastern equine encephalitis (EEE). 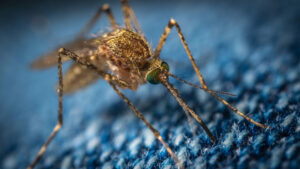 Over the years, ticks have become an expanding problem throughout the year, but especially through the summer months. These eight-legged insects have flat bodies that feed on the blood of animals and humans and their bodies swell when they eat. This year, their populaces are anticipated to be extremely high.
Ticks carry a large number of diseases including Lyme disease, babesiosis, ehrlichiosis, anaplasmosis, Powassan and Rocky Mountain Spotted Fever (RMSF). One of the greatest concerns is the blacklegged deer tick which can transmit Lyme Disease to humans and pets. This tick can attach to any part of the body but is often found in hard to see areas such as the groin, armpits, and scalp.

Stinging insects such as yellowjackets, Africanized “killer” bees, wasps and hornets are also a summer staple, but can pose a health risk. The effects of these stinging or biting insects can range from mild discomfort and pain to a lethal reaction, including anaphylaxis for those allergic to the bug’s venom.

The Centers for Disease Control and Prevention (CDC) and the Environmental Protection Agency (EPA) suggest using insect repellents to defend against infections spread by mosquitoes and ticks. They should be applied to exposed skin and should be used in conjunction with other preventative measures, including wearing pants and long-sleeved shirts. It is also important to avoid outdoor activities during peak mosquito biting times. 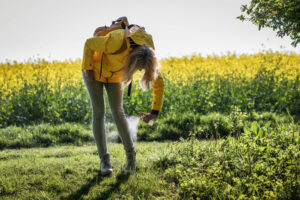 The insect repellent N, N-diethyl-m-toluamide (DEET) is exceptionally effective against mosquitoes and ticks and also repels chiggers, fleas, gnats, and some flies. DEET is available in concentrations of 5-99%. Higher concentrations usually provide longer-lasting protection. Concentrations above 50% have not been shown to be more effective. Topically applied DEET is generally accepted as safe–toxic and allergic reactions are rare. Mild skin reactions and hives have been reported with DEET application. DEET may leave an oily or sticky feeling on skin and it may damage clothing or accessories made from synthetic fibers and plastics. For children, the American Academy of Pediatrics recommends using products containing no more than 30% DEET on children and infants over 2 months old.

Another repellent, picaridin provides protection against mosquitoes, ticks, fleas, chiggers and flies and is available in concentrations of 5-20%, with higher concentrations commonly supplying longer lasting protection. Picaridin seems to be as effective as DEET against mosquitoes when used at comparable concentrations. Picaridin may cause skin and eye irritations, though it appears to be less irritating than products containing DEET. For children, the American Academy of Pediatrics endorses using products containing up to 10% of picaridin.

Oil of lemon eucalyptus is a naturally occurring compound from the lemon eucalyptus tree, effective at deterring mosquitoes, ticks, flies and gnats. It has been shown in field studies to provide up to 6 hours of protection against malaria-transmitting mosquitoes and is as effective as DEET in some mosquito lab and field studies. This compound can cause eye and skin irritation and allergic skin reactions have been reported. Since there is a lack of safety studies in children younger than 3 years old, products containing oil of lemon eucalyptus are not recommended.

Nootkatone is a novel ingredient developed by the CDC along with the company Evolva. Nootkatone, a natural compound found in grapefruit and Alaska yellow cedar trees, repels and kill ticks and mosquitoes. It was recently registered as a biopesticide and insecticide by the EPA and approved for use as an insect repellent. This ingredient is expected to be commercially available in 2022.

BioUD is a synthetic version of a new insect repellent, 2-undecanone, which was originally derived from wild tomato plants. There are limited studies regarding its safety and efficacy since it is brand new, but the product claims to repels mosquitoes for up to 5 hours and ticks up to 2 hours. In lab studies, 2-undecanone has a comparable efficacy to DEET at 7-15%. BioUD can be applied to skin and clothing but may have a strong odor. 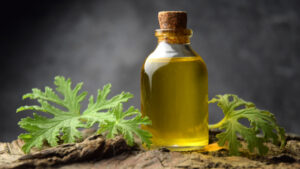 The more popular citronella oil-based insect repellents offer short-term protection against mosquitoes, but they seem not to be effective against ticks. In lab studies, the protection time against mosquito bites was short compared to DEET and the duration of protection with most citronella products is no more than 2 hours. Additionally, essential oils, including citronella-based products at high concentrations can cause skin irritation.
Permethrin 0.5% can be sprayed on clothing and outside gear to repel and kill mosquitoes and ticks. It should not be applied directly to skin. There is permethrin clothing for sale on sites like Amazon—this clothing remains active after multiple washings. In a study, individuals wearing permethrin-treated shoes and socks were over 73% less likely to be bitten by a tick then those not wearing treated footwear.

Spending time outdoors is more important than ever right now, but is important to be safe and protect yourself. Insect repellents are your first line of defense against most disease-causing insects, so be sure to use them!